Have you heard of the sleeve snake? 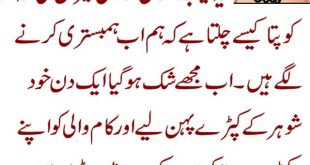 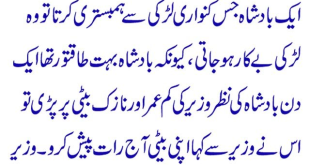 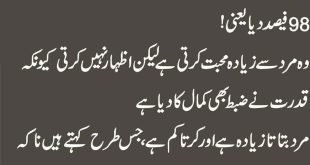 A woman kept a snake that she loved very much. The snake was about seven feet long and suddenly stopped eating one day. The woman kept trying to feed the snake for several weeks but failed. But the woman took her pet snake to the doctor. The woman informed the doctor about the whole situation, to which the doctor asked if the snake slept with her every night. The woman answered yes. Did it lie very close to your body and bite your body? To which the woman replied bluntly, “Yes, that’s right and I am very sorry that I did not help her to make my snake feel better.” The doctor said after hearing the woman’s reply, “Madam, your snake is not sick, but it is preparing food for you.” The woman came to hear the expert’s words. The woman concluded from the incident that you need to recognize the snakes around you that are very close to you. And sleeping on your bed with you doesn’t mean they have good ideas about you, not necessarily the people around you. Everyone who eats and drinks is sympathetic to you. All you have to do is recognize them.
Dad, try to go back. ”The son said in a numb tone. Uncle Nazir looked helplessly at his son and daughter-in-law. Nazir, who looks 70 years old, had just returned from abroad a few months ago. His wife had lost her life in a road accident some time ago.

In a few years, as if many centuries had passed – the transparent face filled with slots – he remembered the day when his son Haider was four years old. And it was time for annual vacation. Suddenly the telegram came. With the report of Haider falling from the roof, he demanded money. He sent home the money he had and went to work the next day. He canceled his intention to go home on his own. A few days passed. The brother’s flashlight turned out to be bad. So he went back. The sister did not like the color of the suit. One day when I returned from outside, the parrots’ feathers were scattered in the house. Haider, seeing his father, threw the rest of the parrot towards him with force. Even while saving the child, it hit his eye and he started bleeding. He put his hand on his eye and sat down and Haider started laughing. As the eye wound healed, the holiday ended. Carrying the burden of responsibilities and orders on his shoulders, he reached abroad. Day and night hard work. One day while working, he got dizzy and the doctor diagnosed him with diabetes

And handed the bullet address. Haider, who was working hard, reached the tenth. During this time, he went to Pakistan three times. Each time, Haider’s attitude got worse than before. He considered his father as a guest and did not tolerate any interference in his affairs. Enough is enough. I had taken a plot in installments, I will sell it and do some work in Pakistan. I talked to my wife.

He will sell it and get some work done. He also has to get married. You have to wait for his work till it is frozen. You have to run the house too. ” After losing all the money, he came home and sat down. The mother hid the matter first and then started arranging her relationship with her sister’s daughter and started crying about the wedding expenses. He grabbed money from here and there and sent it

And keeping quiet. A few years passed. His wife died in an accident while going to the bazaar and Nazir could not even see her face. Sugar now reached the injection beyond the pills. An unfortunate wound on the leg seemed to be not healing. Kafeel was also tired now. Uncle Nazir took the way back. A few days passed after the son and daughter-in-law searched the briefcase and told him about the money. When the daughter-in-law found out that Babaji was now empty handed.

So Kani started cutting. Diabetes patient, untimely meal. Even in medicine. Uncle Nazir reached the hospital. In ten days, Haider’s pocket money and childish love was gone. Bitterness came in his tongue but he fulfilled his worldly demands and brought Uncle Nazir home. Asked to go to work. Daughter-in-law gave a bite.

He sighed and said, “I’m going to get a passport tomorrow.” The next morning, when Haider came into the room to pick him up at the passport office, he was lying in the middle of the room. His mouth was open and his eyes were wide open. Uncle Nazir’s visa has expired

Share
Previous Leukonychia: What Do Those White Spots On Your Fingernails Mean?
Next I am an engineer working in Saudi Arabia